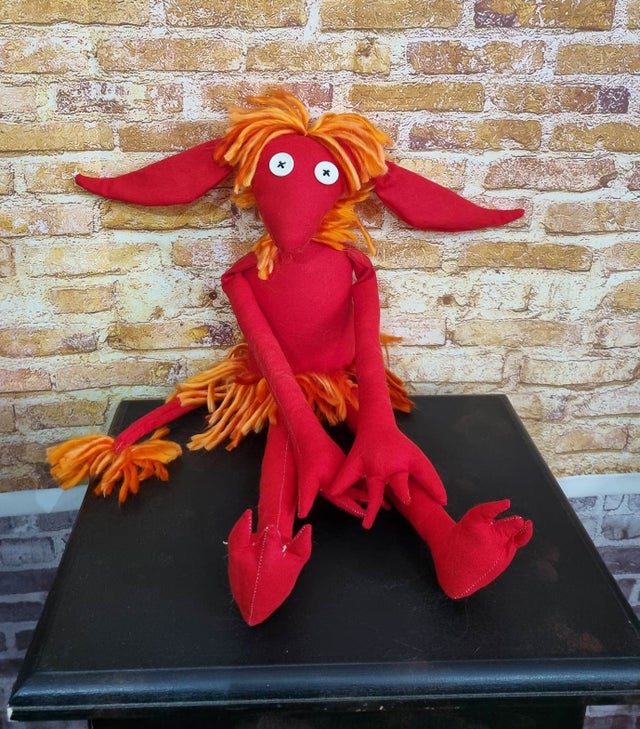 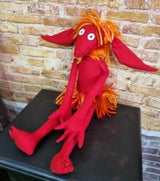 Dwayne the Firey is a magical creature who is curious as to why humans don't take their heads off. Unfortunately for him, his head doesn't come off either, but we'll keep that a secret from him.

He hasn't been officially measured, but we think he's probably around 45cm tall, from toe to head (attached). His eyes are buttons, so he is NOT suitable as a toy for young children or rough and silly adults.

Dwayne is made-to-order, please allow two weeks for us to make and post him.