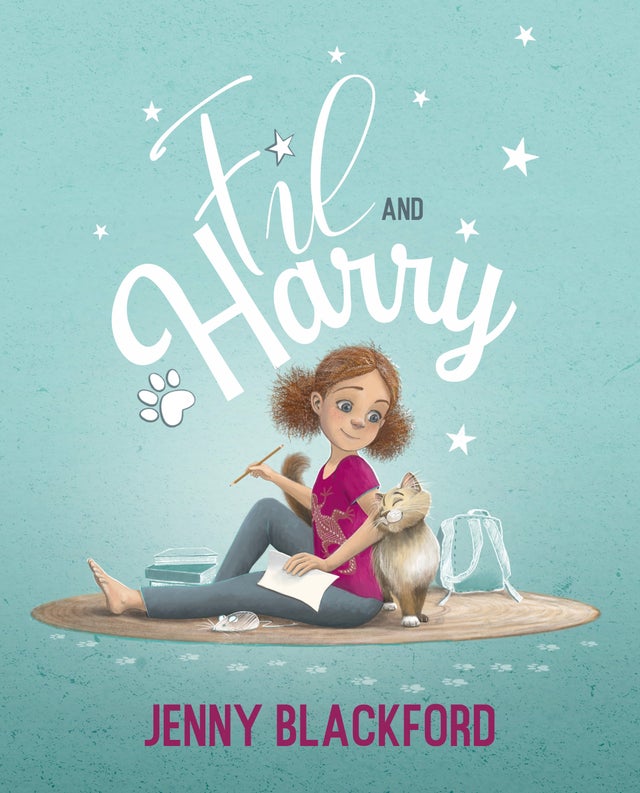 Published by Christmas Press, May 2021

Fil always suspected that her cat Harry could talk if he really tried. Sometimes she even dreamed about it. But it was still a shock when he did start talking, on the worst afternoon of her life – or one of them. She seemed to be having a lot of them lately.  Her friend Kirsten had ignored her all day at school, again, after spending the weekend at her place. Harry told her that her friend Kirsten was "selfishness personified", and maybe he was right.

Harry was the only one in the family who knew the way out of the tangle.

Jenny loves writing for kids, and often contributes poems and stories to The School Magazine. Her awards include the Thunderbolt Prize for Crime Poetry in 2017, and two first prizes in the Humorous Verse section of the Henry Lawson prizes.  Her previous novel from Christmas Press (in the Eagle Books imprint) was The Girl in the Mirror, a spidery, ghostly middle-grade mystery. It won the 2020 Davitt Award for Best Children's Crime Novel. Jenny lives in sunny Newcastle. She loves cats so much that she wrote a whole tiny book of cat poems, called The Duties of a Cat(Pitt Street Poetry) Her Ragdoll cat Felix has her twisted around his furry little paw. Now and then she dreams that he can talk.

Kristin Devine is an artist and illustrator from the New England region of NSW Australia. She grew up in the small town of Inverell with her parents, three sisters and a veritable menagerie of pets. She has a deep fascination with the natural world and loves to explore intricate specimens of flora and fauna through her drawings.  In 2019, she won first prize in the New England Illustration Prize, a national award for illustrators at all stages of their careers. Fil and Harry is the first children’s novel she has illustrated.