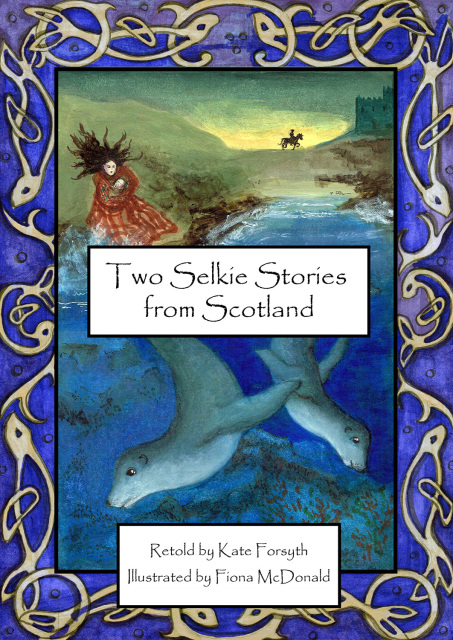 For ages 9 and up

Two beautiful traditional Scottish fairy tales, The Selkie Bride and In the Kingdom of the Seals, are brought to enchanting and haunting new life by two creators who are themselves eerily linked to the magical world of the shape-shifting selkies, who are seals in the water and humans on land. For Kate's ancestors were the McPhees, who, legend says, are descended from the union of Dougal McPhee and his melancholy selkie bride, while Fiona's McDonald ancestors, lairds of the Western Isles, have a strange connection to the McPhees as well, a connection she only discovered while working on the book!