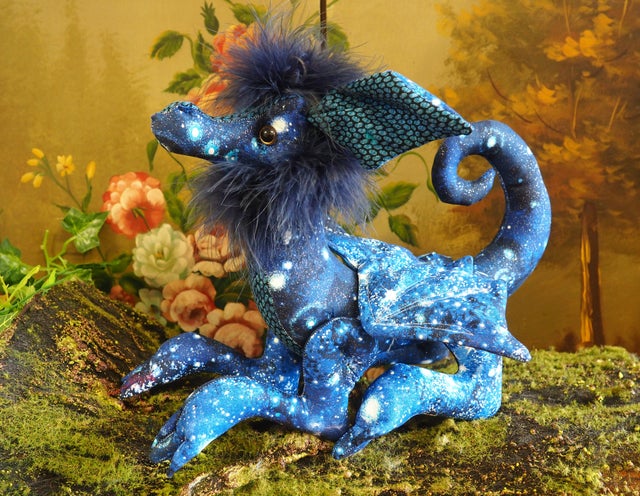 Vincent is an old soul. Named after the artist Vincent Van Gogh he loves to paint, but prefers to have both his ears firmly attached to his head. He is a big fan of Don McLean and will tell anyone who listens that 'Starry Night' was written about him.

He is an endangered dragon as we are running out of his beautiful material.

His marabou fluff is non toxic and his eyes are safety eyes, however, we suggest that small children are supervised when playing with him.