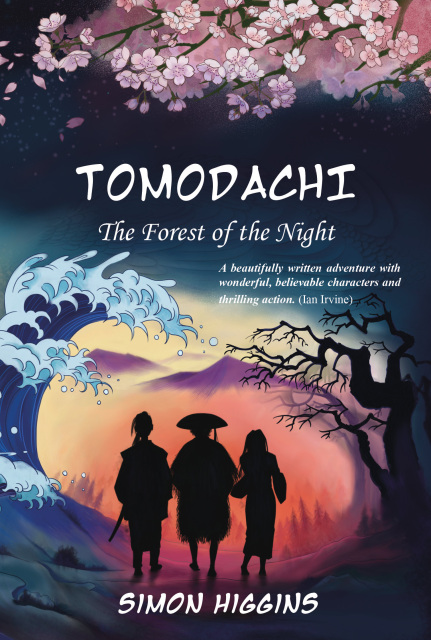 Tomodachi: The Forest of the Night

Shipwrecked at the far end of the world in a land at war.

In constant danger from warriors, bandits and superstitious villagers who take his blue eyes and pale skin as proof that he’s a demon…

Young Daniel Marlowe and his Japanese ‘tomodachi’, his friends, Otsu and Kenji, are about to stumble into a stomach-knotting adventure where a ferocious public test of samurai virtue and a murder investigation will collide.

Their hazardous journey promises answers. The hope of being joyfully reunited, the risk of confirming loss.

But the spirit world has its own part to play in their destinies, for someone -or something- waits watchfully in the ancient Forest of the Night.