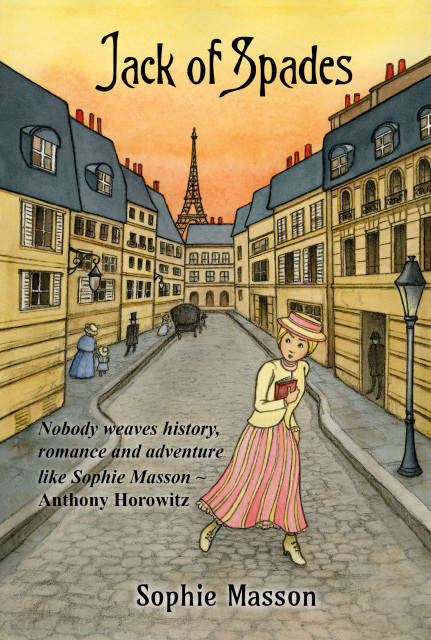 Linda’s father is missing in Paris, and her only clue is the Jack of Spades card that was sent to their home in London. In the family code, ‘Jack of Spades’ means danger. But it is not her father’s handwriting on the envelope!

Setting out to look for him, Linda is soon whirled into a frightening world where nothing is as it seems. Who are the people following her? What was her father really doing in Paris? Who can she really trust? As she works against time to try and solve the mystery of her father’s disappearance with the help of some new friends, Linda begins to realise that she has stumbled into a dark and dangerous conspiracy which threatens the future of the whole world…